Upload Your Video on Demand to Passage Video Hosting

Written by Alex Linebrink
Updated over a week ago

Passage Hosting lets you upload your video content to offer on demand viewing access to your ticket holders or subscribers. To upload your video choose "Upload to Passage Hosting (Video On Demand)" as the streaming option in your event's Virtual Access settings. This will bring up a button to choose the file to upload, and an optional second field to set a custom field thumbnail image URL. Once the video is uploaded a thumbnail preview of the video will be displayed.

For all Passage Video services (Streaming and Hosting) each ticket sale will incur an additional service fee of $0.50/ticket (unless stated otherwise).

When using Passage Video Hosting you will also be charged $5 per video per month (minimum of 1 month). 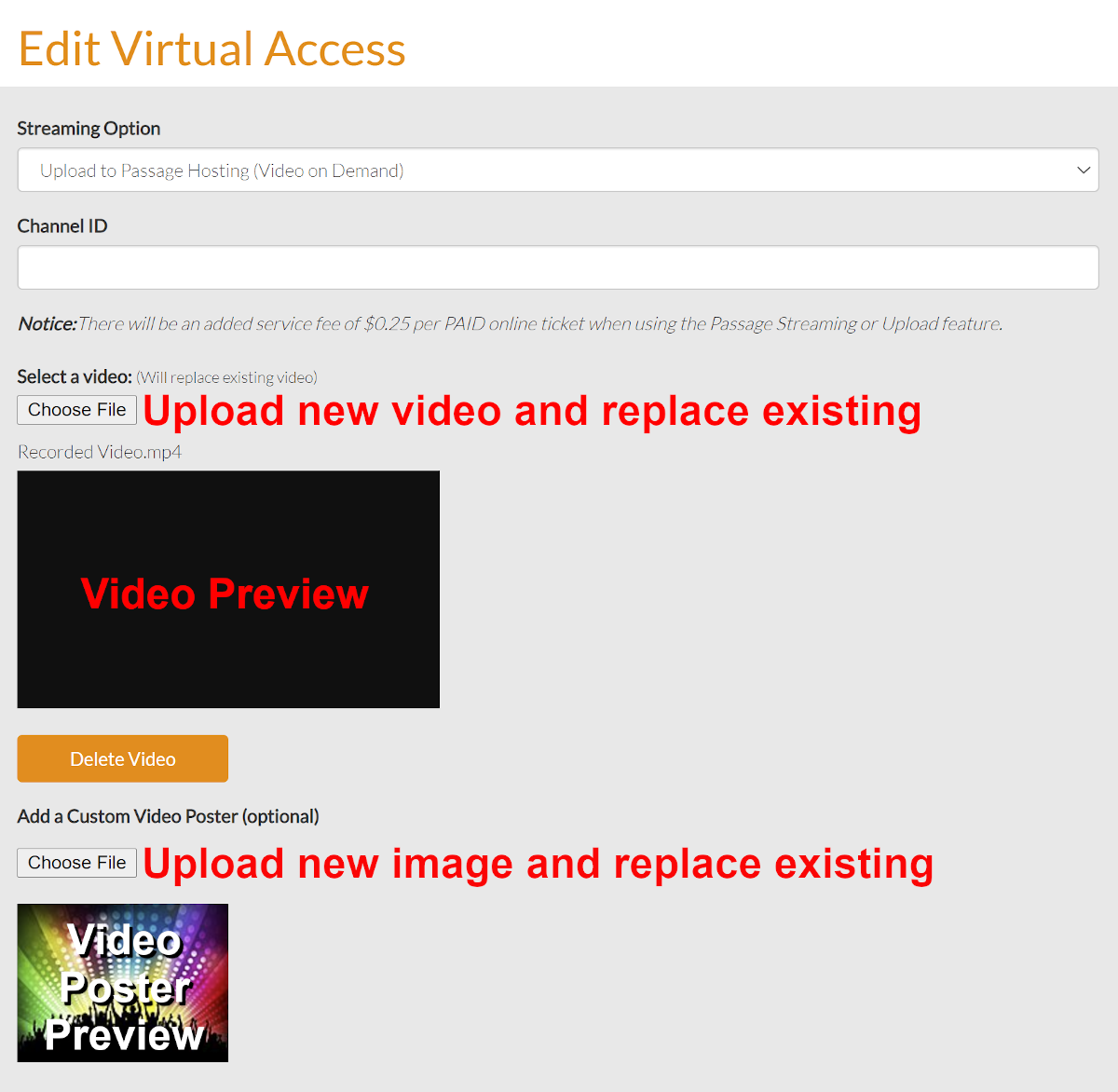 Passage Video Hosting accepts most modern video formats and CODECs. However, certain types of inputs need to be normalized in order for Passage Video to do further operations on them, and this can add time before the video is ready to be streamed. If you want to normalize your content before sending it to Passage Video, and potentially improve performance, this guide will show what you need to do.

Standard input has the following attributes.

The max duration for any single asset is 12 hours.

Did this answer your question?